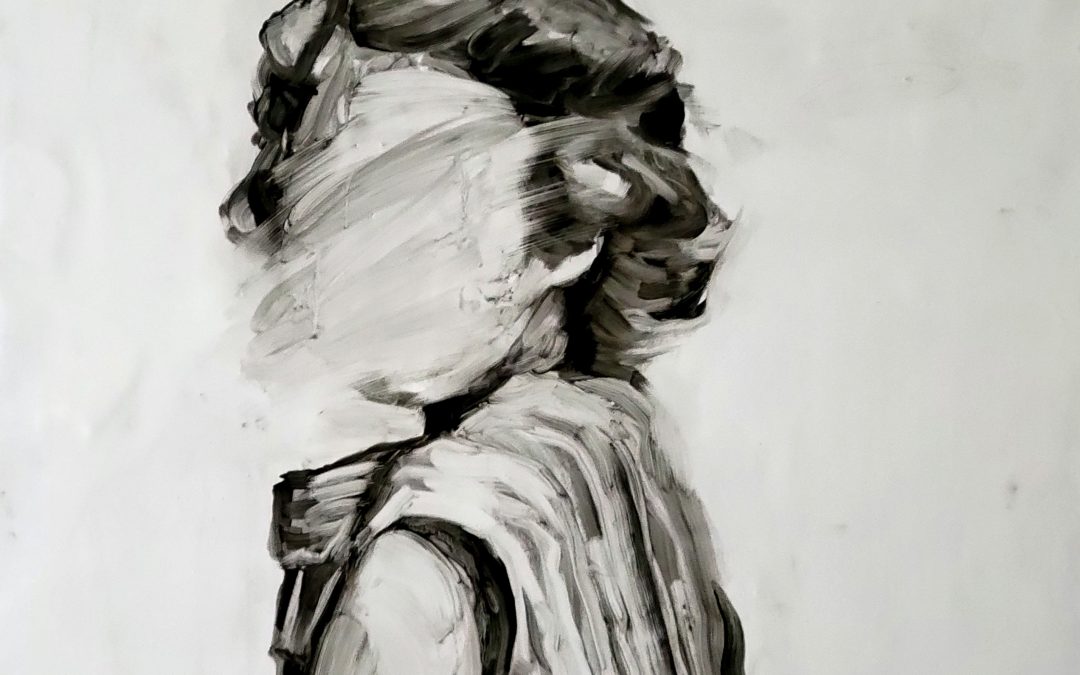 The Power of Invisibility in Art + Gender at The Harlow Gallery

In Men Explain Things to Me author Rebecca Solnit describes going to a dinner at which she is lectured by the host, who she had just met, about a book that he had not yet read (although he had read the review for it). Solnit goes on to relate how it took her friend several times to point out to this man as he pontificated that the book that he was exhorting was written by Solnit. It is on this premise that she goes on to write:

“Some women get erased a little at a time, some all at once. Some reappear. Every woman who appears wrestles with the forces that would have her disappear. She struggles with the forces that would tell her story for her, or write her out of the story, the genealogy, the rights of man, the rule of law. The ability to tell your own story, in words or images, is already a victory, already a revolt.”

The concept of erasure, the wiping of a person – non recognition, dismissal, bullying, intimidation, oppression – crosses cultures and timelines. Women through the ages have endured societal norms that would have them invisible, undoubtedly after a certain age when their physical attributes, and uses, may have changed. A level of achievement often matters little, as a woman’s strength may be a matter of negativity as it breaks the code, and therefore necessitates even greater eradication. We are taught not to be the Bitch, not to make trouble, not to think too much. But with time we find our way, we navigate and negotiate, and understand that to be present in ourselves it is not necessary to gauge our reflection in the faces of those who would choose to keep us powerless.

Bearing witness to the invisibility of oneself and others – an evaluation, acknowledgement, and even embrace of that invisibility – is a power.

The current vernacular of words like cancellation and labeling, along with the divisiveness of the other, is simply the miasma surrounding the effort of many of us who strive for the ability to own our own difference. Historical edict is a tool, not a control, and those who would be resistant to change or try to regulate those who move forward are the ones who lag.

Erasure may obliterate, but it may also augment those who understand that to be effaced is an opportunity for evolution. Clarity and resolve will fortify that progress.

The purpose of art is to lay bare the questions that have been hidden by the answers.
James A. Baldwin

The Power of Invisibility is currently on view in the exhibition
Art + Gender
curated by Susan Leslie Maasch
at The Harlow Gallery
Hallowell, Maine