Looking at the World Through Rose Colored Goggles 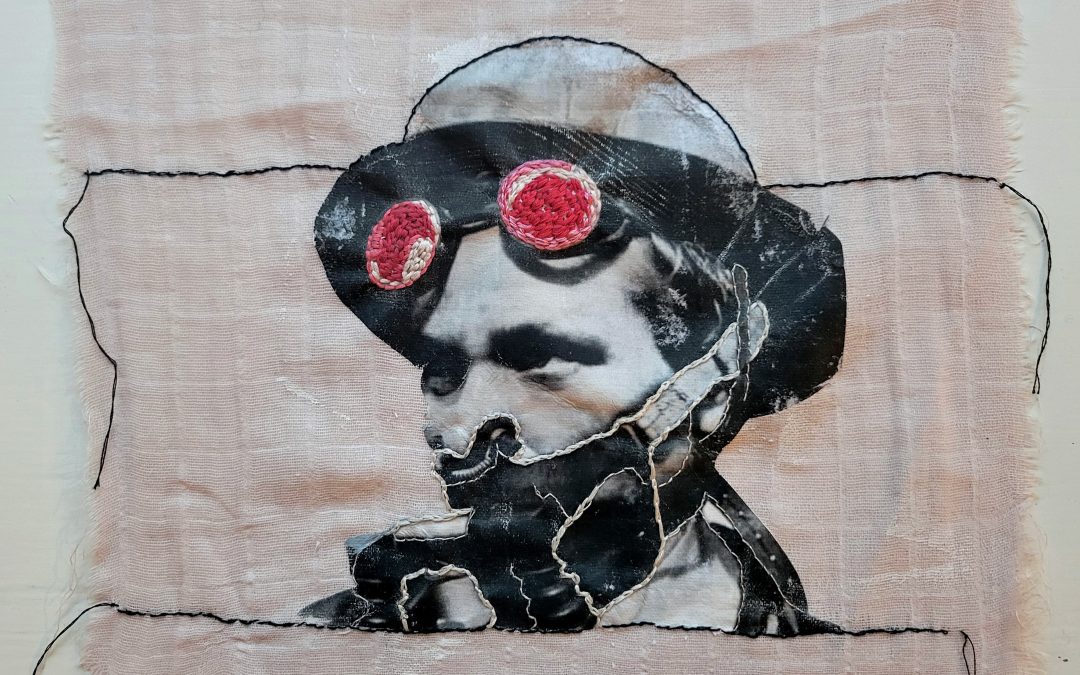 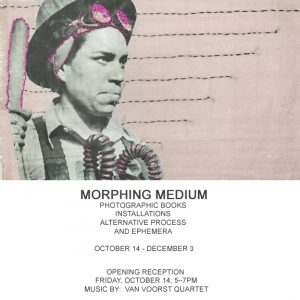 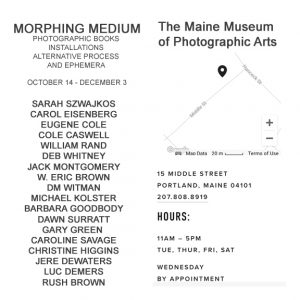 My sister-in-law, Elizabeth Whitney, LICSW (a very smart woman), recently wrote me an email. In it she wrote some thoughts on the concept of hope:

I’m interested in the subject of hope – what it really is beneath the surface layer of optimism for the future. In some of the best things I’ve read, I’ve learned how hope comes when we first face what has been lost and grieve it and then move to use what remains to build a new narrative. So, true hope is grounded in the ability to face the past and from that learn about how to imagine a new future.

This message spoke to me as it summed up the complicated notion that inspired me to start drawing with thread – embroidering – on photo transfers of working women. A few months ago, I was talking to my 24-year-old daughter Mahlon, who at a particularly demonstrative moment declared – It’s like wearing rose-colored goggles! At that time, we had been discussing the concept of women who work, multi-task even, while maintaining the burden of care all while putting the best face forward.

So, I stole that line. It made me think about how best to convey the notion that women carry a lot and keep on going. I have been using appropriated photographs for many years. The work has included painting, drawing, printmaking…and now embroidery. The strength of using arbitrary images is that one can curate the mood, literally pick and choose the moment in time from which to work and draw on the period from which the photograph was produced. I often use vintage photographs as they have a universality that the viewer can relate to creating a sense of familiarity.

The combination of a traditional craft, sewn on swaddling cloth, redolent of women’s roles as mothers, has made these embroidered drawings feel connected to the image of the original vintage photographs. Seeing the world through rose-colored goggles is a metaphor for the idea that hope, and the lessons that we learn, may be conveyed through looking, as Elizabeth says, beneath the surface layer of optimism for the future.

Artwork above: Looking at the World Through Rose Colored Goggles #7 and #14, 2022,
thread and photo transfer on swaddling cloth